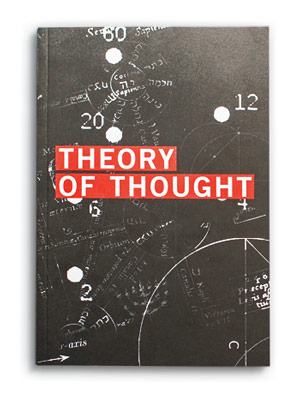 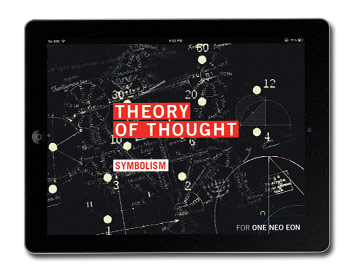 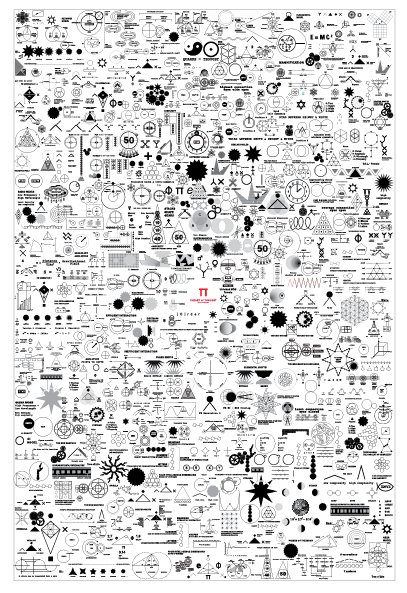 POSTER
$5
Paperback
Elegant Design! Includes free shipping across N.A., Europe, and Australia. Also includes a free e-book.
Digital
Get a landscape and portrait format e-book PDF and read it on any tablet, phone, or Kindle. The poster is a high-res, printable PDF for non-commercial use.
Abstract
Theory of Thought employs a system of basic shapes and concepts to reveal a unique theory of symbols explaining human philosophy, religion, and mathematics.
Photos

As a person thinks, events occur around them in the physical world. Bodies are moved, matter is manipulated, doors are opened, documents are written, and time flows. Any thought, however trivial, may cause one’s body to shrug, shudder, or move over. Single ideas gather into complex streams of ideas and eventually, systems are forged, organizations are founded, and societies are built. Essentially, our thoughts manifest our physical world.

As the popular saying goes, our lives are ‘mind over matter’, but how can that phrase be explained scientifically?

Our traditional framework for explaining how thought manipulates matter has remained the same for millennia. Generally, when discussing the way in which people interact with objects, we use the following simple model: the brain commands the body and the body manipulates matter. Too little attention is paid to the content of thought, and as a result the traditional model doesn’t explain how the symbolism in thought is correlated to the matter being displaced. The following theory on thought will expand our notion of thought and matter by exploring the concept of a hyperdimensional space that unites the brain, body, and mind into a single entity.

Theory of Thought synthesizes the abstract world of thought with the physical world using a new paradigm. It assembles a unique model that explains energy, light, gravity, motivation, love, and other driving forces as consequences of hyperdimensional organizations interacting through an invisible region of space and time that is embedded within everything around us.